What Do Soldiers Carry in Their Backpacks? 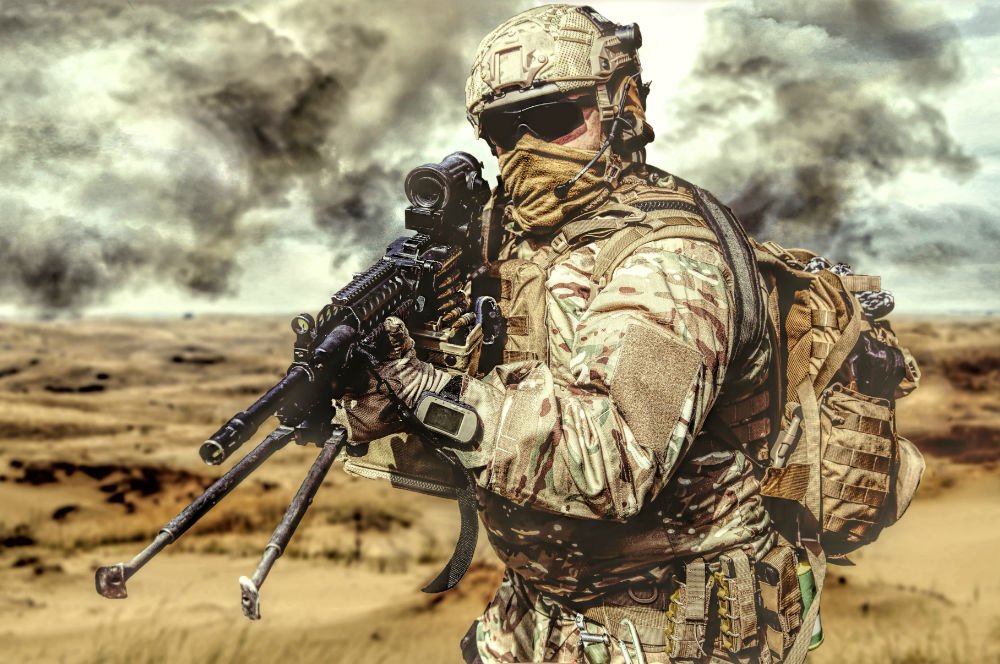 There are two types of backpacks that soldiers use. Tactical and regular rucksacks may look roughly similar, but they serve two very distinct purposes.

Understanding these differences is not always easy for people who don’t have a connection or history with military service.

Tactical backpacks are most often used in combat simulation exercises and real combat action. Rucksacks tend to have different uses.

Carrying rocks on hikes and carrying camping gear and or extra clothes and food are common.

In this article, we’ll explain the usual contents of each backpack as well as what determines the choice of items and gear under different circumstances.

Tactical backpacks are a very popular choice these days for hikers, survivalists, and even everyday use for anyone that likes the style and appreciates their versatility and durability. However, soldiers use them to carry weapons, ammunition, explosives, and other gear needed to complete the mission.

Different classes will obviously carry specific items. Medics have their backpacks stocked with everything needed to treat combat wounds on the fly. However, every soldier in a squad or platoon will have a bare-minimum first-aid kit in one of the pockets. Most MOLLE attachments carry ordnance such as grenades, detonation cord, blasting caps, and extra magazines. This is because these attachments are usually safe from incoming enemy fire, unless ambushed from behind of course.

Extra explosives and magazines may also be carried on MOLLE attachments found on the bulletproof vest. However, this is not generally advised.

Communication devices such as SAT phones and radios are also tucked away in tactical backpacks. The communications officer will usually have little room left in the backpack for other items but he will still carry extra rounds, food, and a first-aid kit.

Another common item that soldiers carry in war zones is a laser marker. These devices are used to mark targets for aerial support or surgical drone strikes.

Other gadgets and electronics are generally distributed among all soldiers in a unit. However, different scenarios may come with very specific SOP (standard operating procedures).

Therefore, it’s not uncommon for the field medic to carry about 10 lbs. more than the average gunner since he also has to carry extra ammo, batteries, and communication devices aside from all the medical equipment and drugs.

Rappelling rope is usually kept in the backpack or in a quick-access side pocket. The rest of the equipment is already set. Modern combat equipment designs center around harness bulletproof vests.

This means that a soldier is always ready to rappel or climb at a moment’s notice. Or jump out of a plane, for that matter.

Everything from modern training to equipment design is made to maximize a soldier’s mobility and increase his probability of survival, even though the gear is getting heavier and heavier each year.

It’s a common misconception that soldiers often carry everything from gas masks to radiation pills in their tactical backpacks. Soldiers are not prepared for everything.

Instead, they prepare for the upcoming mission and the exact conditions they will face in a particular part of the world.

Therefore, if chemical warfare is used in a certain area, the soldiers would be deployed with gas masks and the necessary vaccines on hand so that they wouldn’t have to rummage for them later when they’re under enemy fire. The same goes for night-vision equipment and cameras, which are already strapped to their helmets at all times

The regular military backpack often referred to as the rucksack is quite different. First of all, most of them are still made of canvas which makes them a lot heavier but also very durable.

These backpacks may carry anything from 50 pounds of rocks on the daily hike to clothes and camping equipment for survival training drills.

In a rucksack, you’ll rarely see any ordnance such as grenades or extra magazines. You will however see a spare uniform, civilian clothing, food, and other items.

A sleeping bag can be easily attached to a military rucksack which is something you can’t do with most tactical backpacks.

Another category of items commonly found in both rucksacks and tactical backpacks are accessories for field dogs. Everything from food and medicine to protective gear falls on the soldier responsible for handling the canine operator. Dogs see plenty of use in areas that have a high risk for IEDs and mines.

Soldiers generally carry only the most essential items with them whether they’re running drills or thrown into real combat situations. However, the list of essential items is very long and may vary wildly from one scenario to another.

Only military SOPs have the most accurate information when it comes to what soldiers carry with them on different missions, but most of them are predictably classified.